Prof. Mike Shaver graduated from Mt. Allison University with a BSc (Honours), first learning how to use a Schlenk line from Steve Westcott. He then went west to pursue a PhD from the University of British Columbia under the direction of Mike Fryzuk. After an NSERC postdoctoral fellowship at Imperial College London with Vernon Gibson, Mike accepted a faculty position at UPEI in a reverse-culture-shock-homecoming of sorts. After a productive 5 years on PEI, he decided to leave for pastures new and accepted a Chancellor’s Fellowship at the University of Edinburgh. He was promoted to Professor and a Personal Chair in Polymer Chemistry in 2017. Soon after, he was recruited to join the School of Materials at the University of Manchester, along with a role in the new Henry Royce Institute where he will champion sustainable materials. This new position is a departure from the chemical traditions of his training, but recognises the increasingly important real-world applications of this science.

While initially trained as an organometallic and coordination chemist, he now leads a group that uses inorganic tools to solve polymer problems, particularly those with a “green” focus. From the exchange of toxic reagents for non-toxic alternatives, to developing sustainable reaction conditions, to replacing petroleum-based products with renewable feedstocks (raw materials) the team has a very broad remit and range of expertise. Unifying these research targets is the thoughtful application of inorganic chemistry, often through the design of catalysts, monomers or new reactions.

When not thinking, writing, engaging and science-ing, Mike likes craft beer and is particularly fond of Reasons to be Cheerful and Cloudwater, both of which were a smaller inspiration for the move to Manchester. Despite this, Mike has been generously supported in his research efforts by several funding agencies, acknowledged below. 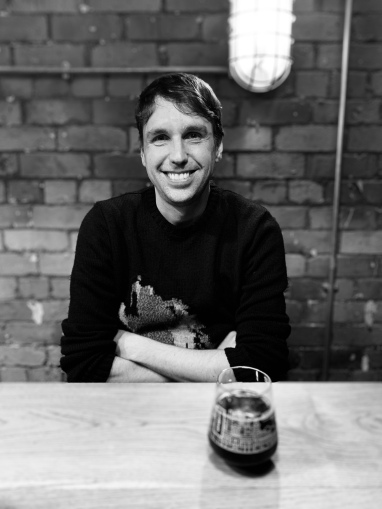